Tough week for my football teams. With the Pats defense wearing concrete cleats and the Frogs showing their uncanny ability to play down to any level of competition, I was left with two losses to ponder. But the weekend wasn’t a total disaster. In fact, it had a real shining moment.

A few buddies and some of their lady friends got together for a weekend in Austin, Texas to watch the Frogs play Texas Saturday afternoon and do a bit of socializing on 6th street. Beautiful city, beautiful people and beautiful weather. However, the highlight of the weekend wasn’t any of that… no. Not even close.

It was the electric scooters, baby.

A brief description if you don’t already know– these things are scattered ALL over the city sidewalks and you can locate them by GPS on some app. You unlock them via a barcode using your prepaid “tokens” before going about your merry way terrorizing everyone in the city. More simply– ride sharing (like Uber) but with electric scooters.

We topped these bad boys out at 17 mph weaving dangerously between people walking on the sidewalks and angry Uber drivers on the road. As far as we were concerned, there were no laws or regulations since we saw everyone, everywhere doing it. It was chaos. It was awesome.

The brakes were no match for its own top speed nor were they reliable whatsoever. So dodging homeless folks and joggers really got the juices flowing. There were a couple of times the front wheel started to violently wobble back-and-forth making me believe a crash was imminent. Thankfully, we escaped mostly unharmed, however, we did have one guy in the group get the deathblow to the ankles. Considering just how dangerous it truly was, I would consider it a victory. Warning: graphic image. 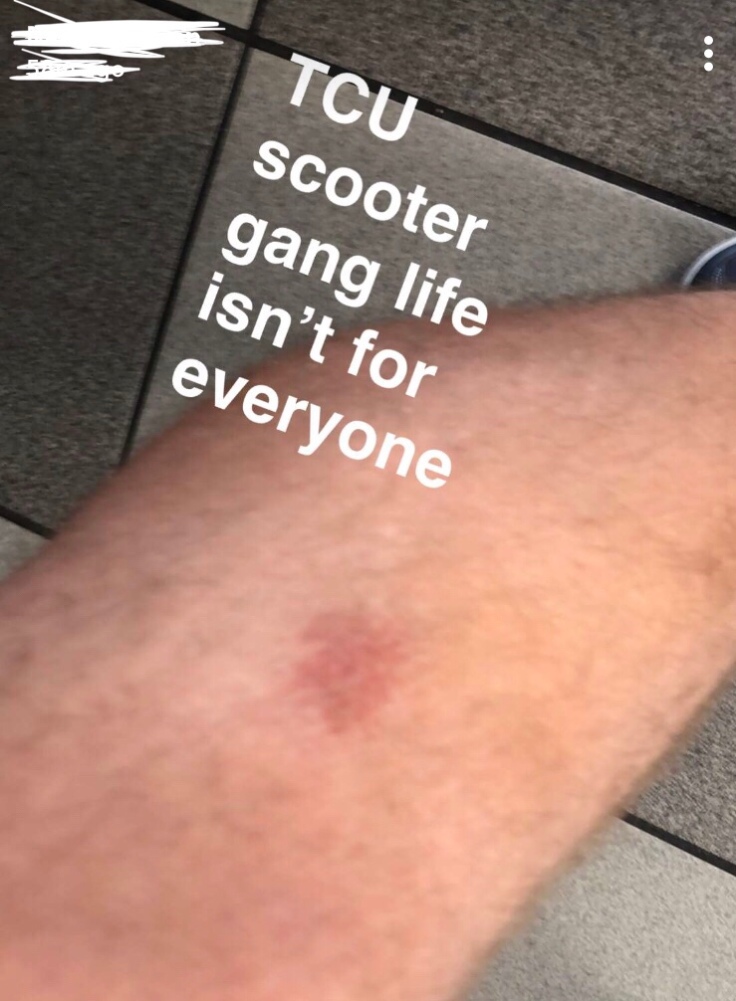 We took them everywhere, especially the bars. Rolling up as a squad, we smashed the handbrake for a wicked skid in front of ladies enjoying drinks at outside tables. I can’t imagine they make birth control any stronger than that.

I saw a guy take a bad spill in the middle of the street and caught the aftermath on snapchat.

Much like we see after any devastating global event, love always triumphs over the hate. People of all races, genders and creeds working together for the greater good. It’s always heartwarming to see. And scooter crashes are certainly no exception to that rule.

As you just saw in that video, we have Mr. Granola IceCaps helping out Pledge Master Chad Birdieputt. Two arch rivals with a long history of social media bloodshed over Trump tweets and unisex bathrooms. (Who can forget the horrific stalemate of sides during the online war of NFL anthem kneeling?)

But after Mr. Birdieputt’s incident, the power of the scooter brought peace among these two foes… like corn at the first thanksgiving. Powerful stuff.

50-some bucks, 23-miles and a handful of near hospital visits later, the trip was over. With football in full swing and playoff baseball heating up, it’s hard to think about much else this time of year. But the scooters gave us a lot to think about. I’ll miss them deeply.

Joking aside, these actually were very dangerous and by no means should be allowed. It’s only a matter of time before the media starts broadcasting stories of injuries/deaths these scooters bring to young people. Then it’s all over. That being said… If you live near a city that has these things, hurry up and become a tech-slinging, scooter badass like we were before they’re gone.

Ignore all the dirty looks from the tech-less, street people and get that wind going through your hair. Scooter gang. 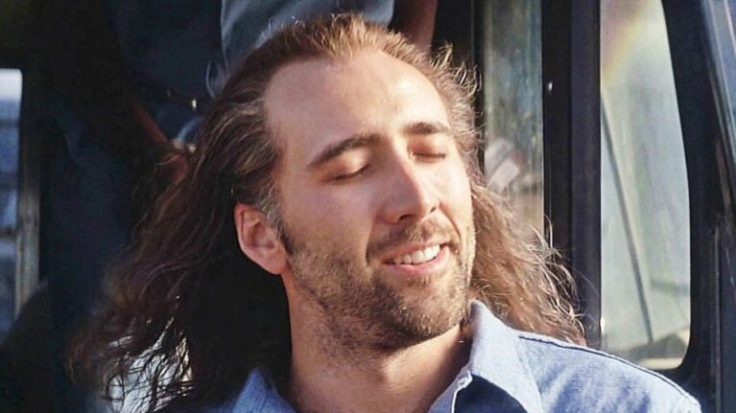 One thought on “SCOOTER GANG”

Leave a Reply to Your Vice President Cancel reply